PHILADELPHIA — One of the longest-running, most enduring mysteries in the United States has been solved, according to Philadelphia news stations.

CBS 3 and NBC 10 reported Wednesday that Philadelphia police officials are expected to hold a news conference next week to name the “Boy in the Box,” a slain child who has remained unidentified for more than 65 years.

The CBS affiliate reported that police have confirmed the boy’s name was learned through DNA analysis and genetic genealogy.

Editor’s note: This story contains details of a child’s death that may be disturbing to some readers.

College student Frederick Benonis, 26, was driving home on Feb. 25, 1957, along Susquehanna Road, a rural one-lane stretch of road in Philadelphia’s Fox Chase neighborhood, when he chased a rabbit into the brush. Benonis stumbled upon a large cardboard box that contained the battered, malnourished body of a young boy.

Watch NBC 10′s latest update on the case below.

Disturbed by the find, Benonis went home but did not immediately call police, the Philadelphia Inquirer reported. He worried he would get in trouble for sometimes spying on the residents of the nearby Good Shepherd home for wayward girls.

Benonis worried that the child could be Mary Jane Barker, a missing 4-year-old he’d heard a news report about that same day. The next morning, after consulting with his priest, Benonis reported the body to the authorities. 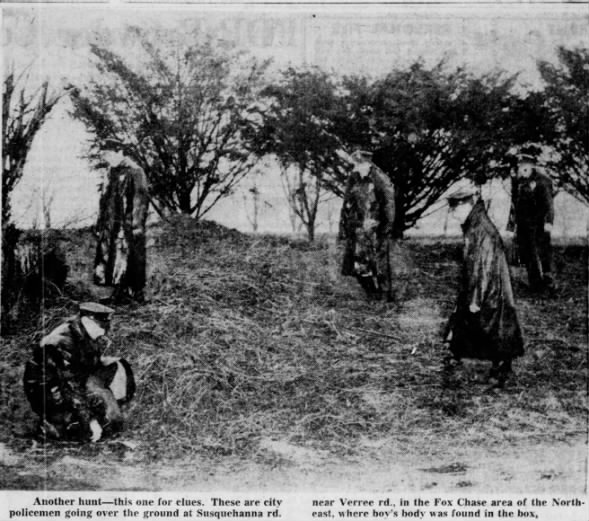 According to the Inquirer, police responded to the wooded area, where the boy had been dumped inside a box that once held a J.C. Penney Co. bassinet. The child, who weighed 30 pounds, was estimated to be between the ages of 4 and 6.

Elmer Palmer, the first officer on the scene, told the newspaper in 2007 that it was a tough sight to see.

“It’s something you don’t forget,” Palmer said. “This one was the one that bothered everybody.” 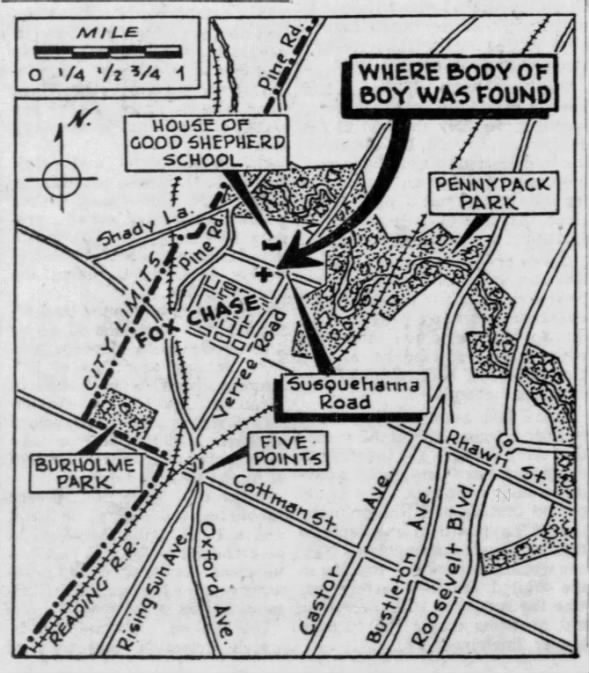 The boy had been beaten to death, CBS 3 reported. An autopsy determined he had been dead between three days and two weeks before he was found.

“Cause of death is listed as blunt force trauma,” Philadelphia police Det. Sgt. Bob Kuhlmeier told the station. “He appeared to be cleaned and freshly groomed with a haircut.”

The boy’s sandy-colored hair had been crudely chopped and buzzed. The homemade crew cut — and the clumps of hair that remained on his small body — led to the theory that someone had cut his hair to hide his identity.

He was naked and wrapped in a blanket with a geometric, Native American-style pattern of rust and green. According to a 2003 Philadelphia Magazine article, his body bore healed scars, including multiple scars on his ankle, foot and groin that appeared surgical in nature.

Both feet and the boy’s right hand were pruny, indicating he had been in water either just before or just after his death, the magazine reported.

Police officials launched a huge probe into the boy’s death that would ultimately last more than six decades. The Inquirer printed 400,000 posters about the child, and police distributed the leaflets to nearly every household in the city. Copies of the poster were inserted into residents’ gas bills.

Artists’ renderings were made showing what the boy may have looked like, and police dressed his body in children’s clothes and made the images public, hoping someone would recognize him.

William Kelly, a civilian worker for the police department, spent countless hours scouring birth records from area hospitals — which contained footprints of each newborn — but could not identify the child.

In the summer of 1957, the slain boy was buried in a potter’s field. Detectives pooled resources to buy him a grave marker.

Dozens of theories emerged over the years. One man came forward in 1957 and told police he was driving along Susquehanna Road on Feb. 23 when he spotted a woman and child standing next to a vehicle that he thought might have broken down.

The woman was reaching into the trunk for something, the witness said. The motorist said he pulled over and offered help, but the pair were silent and turned their backs to him.

He believed they were trying to conceal the vehicle’s license plate. The woman and child were never identified, but the spot where the man allegedly saw the car was just yards from where the Boy in the Box was found.

Some investigators theorized that the boy was Steven Damman, a 2-year-old who was abducted from a Long Island supermarket in 1955. DNA taken from the Boy in the Box during a 1998 exhumation ruled out the missing Damman, who has never been found.

Others theorized that the unidentified boy had lived in a nearby foster home, where he had been born illegitimately and kept secret. That theory was later ruled out. According to the Inquirer, the most intriguing tip came from a woman identified only as “M.”

The woman claimed the child was a boy named Jonathan whom her mother had purchased as a toddler, the newspaper reported. She said her mother sexually abused the boy and forced him to live in the basement.

After he vomited one night, her mother killed him in a rage, the witness said. She and her mother then disposed of his body on the side of a road, where she said a male motorist stopped to offer assistance.

M’s story mirrored details told by the passing motorist from 1957, including some details not made public by police. The Inquirer reported that evidence neither proved nor disproved the woman’s claims.

Authorities exhumed the boy’s body in 1998 and used a tooth to obtain mitochondrial DNA, but they were still unable to identify him. He was reburied at Ivy Hill Cemetery instead of the potter’s field.

A new headstone was erected that reads, “America’s Unknown Child.” His case was the oldest unsolved murder in Philadelphia Police Department history.

Using DNA obtained during a second exhumation in 2019, investigators have traced the child to a prominent family in Delaware County, NBC 10 reported.

No date for the police department’s announcement has been made public.

Tyre Nichols: What we know about the Memphis man who died after police encounter