9 members of one family among 17 killed in duck boat accident on lake in Branson, Missouri

BRANSON, Mo. — A duck boat accident on Table Rock Lake in Branson, Missouri, killed 17 people Thursday night, including the boat’s driver and nine members of an Indiana family, according to authorities. Fourteen other people were injured.

Update 12:50 p.m. EDT July 22: The 17 people killed in the duck boat accident have all been identified, according to The Associated Press. They are:

Update 8:45 a.m. EDT July 21: The Stone County coroner confirmed to KSDK that William Asher, 69, and his girlfriend, Rose Hamann, were among those killed in Thursday night's duck boat accident in Missouri.

The news station reported that the couple lived in St. Louis County, Missouri. They were visiting Branson to celebrate Hamann's birthday, which was on Monday, according KSDK.

Todd Dennison's mother, 64-year-old Leslie Dennison, was also killed in the boat accident, the Kansas City Star reported. In an emotional and brief interview Friday, Todd Dennison told the newspaper that his mother was visiting Branson with his 12-year-old daughter, Alicia, and that they were together for less than an hour before they boarded the duck boat.

Steve Smith and his teenage son, Lance Smith, from Osceola, Arkansas, were among those killed in the crash.

Steve Smith was a pastor and Lance Smith was preparing to open his own church in less than a week, according to CNN, first reported by The Christian Chronicle.

Steve Smith’s daughter, Loren Smith, suffered a concussion during the accident but survived.

Smith’s wife, Pam Smith, opted to stay behind and was not on the boat.

#BREAKING: 2 Arkansans died on the duck boat in Branson. According to church members’s Facebook posts, Steve Smith and Lance Smith, 15, are from Osceola. This is a picture of Lance at the pulpit that’s circulating on social media. pic.twitter.com/WYUkHckUvm

William and Janice Bright from Higginsville, Missouri, near Kansas City, were also identified as victims in the crash.

WDAF reports that the couple had three children, 16 grandchildren and had been married for 45 years.

Update 11:00 p.m. EDT July 20: A summer vacation ended in tragedy for nine members of an Indiana family, along with eight other tourists, killed when a duck boat capsized Thursday evening on a lake in Branson, Missouri.

The Coleman family had traveled to Branson for their annual road trip, according to The New York Times, which interviewed Carolyn Coleman.

Coleman said she lost two of her brothers-in-law and that three generations of the family died in the accident, including four young children, the Times reported.

"We just lost some wonderful people," she said.

The Indianapolis Star reported that the four children killed in the accident were all under the age of 10.

"They were very loved," Ingrid Coleman Douglas said in a telephone interview with the Star.

Coleman Douglas said the victims included two of her uncles, cousins and their children.

"It's a huge family on all sides. It's unimaginable. I would never have thought I would have lost this number of people this way," she said. 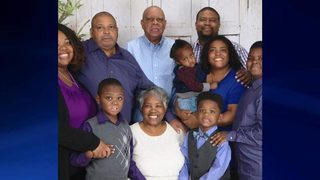 Glenn's wife, Tia Coleman, and Angela's older son, whose name has not been released, survived the accident, the Star reported.

Update 5:15 p.m. EDT July 20: Stone County authorities now say all 17 of the victims in the duck boat accident have been accounted for and that nine of the victims were from the same family, according to Gov. Mike Parson's office. Two members of the family, identified by local news outlets as the Coleman family, survived. Officials said the victims range in age from 1 to 70 years old.

This is the Coleman family. Only two family members remain after the duck boat they were on capsized in Branson Missouri. pic.twitter.com/OjRQLhbGPE

Meantime, mourners are putting flowers on the victims’ cars in the Ride the Ducks parking lot, and the community of Branson, Missouri, is holding several candlelight vigils Friday night in memory of those killed.

One of the vigils is scheduled at Table Rock Lake where the accident happened, according to KY3-TV.

9 members of one family died in the Branson duck boat accident, according to the Missouri governor's office https://t.co/nawQ3xKyt1

Update 2:20 p.m. EDT July 20: Branson Mayor Karen Best told The Associated Press that Bob Williams, the man who was driving the Ride the Ducks boat that sunk Thursday in a southwest Missouri lake, was a "great ambassador for Branson" who "was at every event."

Seventeen people died, including Williams, and 14 others were injured Thursday when the duck boat capsized in Table Rock Lake, according to authorities.

In a statement posted on Facebook, employees of Ride the Ducks Branson said the business would be closed "while we support the investigation, and to allow time to grieve for the families and the community."

"This incident has deeply affected all of us. Words cannot convey how profoundly our hearts are breaking," the statement said. "Thank you for your support, and we ask that your thoughts and prayers be with the families during this time."

Update from Stone County Sheriff Doug Rader at 10:19 AM: the last four bodies have been recovered by divers from Table Rock Lake near Branson, bringing the death toll to 17. This concludes the search, and now the investigation begins. pic.twitter.com/q1pEKlfNTi

Rader said 14 people were taken to hospitals after the incident. He said the driver of the Ride the Ducks boat died. The captain survived.

Update 11:20 a.m. EDT July 20: Nearly two decades ago, the National Transportation Safety Board issued a warning about boats with overhead canopies like the one that sank Thursday on Table Rock Lake after a deadly accident claimed 13 lives in Arkansas, according to the Kansas City Star.

The Miss Majestic duck boat was carrying 21 passengers when it sank in 1999 in Lake Hamilton, the Star reported. Authorities found seven dead passengers trapped inside the boat when they recovered it, four of which were pinned to the underside of the canopy, according to the Star.

"Contributing to the high loss of life was a continuous canopy roof that entrapped passengers within the sinking vehicle," NTSB officials said in an accident report.

Authorities continued searching Friday for four people who are presumed dead after Thursday's accident in southwest Missouri. Officials said 13 other people have been confirmed dead in the incident.

Rader said the search had shifted to "recovery mode for the bodies that are still missing," at a news conference Friday morning.

Stone County Sheriff Doug Rader says 13 are dead. The boat has been located but not yet removed from water. Investigation continues. pic.twitter.com/VwIGSwStbU

Rader said the driver of the Ride the Ducks boat died but that the captain survived.

Update 10:05 a.m. EDT July 20: Authorities are expected to provide an update on the investigation into Thursday's deadly duck boat accident in Missouri at a news conference Friday.

LIVE UPDATE: News conference with the latest information about the deadly duck boat crash is scheduled to start at 9:00 AM. The death toll is 13, meanwhile crews continue to search for four missing people.

"Such a tragedy, such a great loss," the president wrote Friday in a tweet. "May God be with you all!"

My deepest sympathies to the families and friends of those involved in the terrible boat accident which just took place in Missouri. Such a tragedy, such a great loss. May God be with you all!

The boat capsized after a strong line of thunderstorms moved through the area around 7 p.m. Thursday. Rader said weather "was a factor" in the incident.

Authorities said the boat had 31 people on board, including children, when it capsized.

The boat had life jackets on board, according to CNN. The news network reported that other boats on the water docked before the bad weather hit.

If you have video or photos of the July 19, amphibious vehicle accident on Table Rock Lake near Branson, MO, or if you witnessed the accident, please contact the NTSB via email at witness@ntsb.gov

The National Transportation Safety Board has sent a team to investigate and are asking anyone who witnessed the accident to come forward.

Crews from multiple agencies are on scene of an MCI “Mass Casualty Incident” “tourist type boat involved” this is on Table Rock Lake, Stone County, Branson Missouri. Taney County assisting. Several patients transported to area hospital. Divers on scene. Staging at Branson Belle Dock. However the Branson Belle (Vessel) is not involved - their crew has provided assistance. More info to follow. 8:20pm PIO E. Nielsen - updated to reflect the assistance of Branson Belle Crew while adding clarification the vessel was not / is not involved

A dive team and rescue officials worked through the night to find survivors.

They ended the search around 11 p.m., according to KY3.

Emergency responders set up a staging area overnight on the lakeshore near the Showboat Branson Belle, local media reported, although the Belle was not involved in the accident.

Branson officials opened an emergency shelter inside city hall for the victims.

The City of Branson has opened City Hall for some of the families involved in the boat incident on Table Rock Lake....

Posted by City of Branson Government on Thursday, July 19, 2018

"There's nothing to slow down winds in an open area," he said.

Very sad to hear about this horrible accident - prayers for all those involved and the first responders who are assisting. https://t.co/PQ56zagc0s

DUKW, known as duck boats, are six-wheel-drive amphibious vehicles that were used by the U.S. military during World War II and the Korean War.

Since then, duck boat tours have become popular and are offered on lakes and rivers around the United States, including Missouri, Wisconsin, Massachusetts and Alabama.

MORE: Stone County Sheriff says a deputy was on the duck boat that capsized tonight at Table Rock Lake. He was helping to rescue victims during the incident.

Ripley Entertainment acquired the Ride The Ducks in Branson in late 2017 from Ride the Ducks International, a subsidiary of Norcross, Georgia-based Herschend Family Entertainment Corp.

Ride the Ducks International manufactures amphibious vehicles and licenses them for tours at affiliates. It also operates duck tours at Stone Mountain Park in Georgia. The company formerly operated tours in several other cities, including Baltimore, San Francisco and Philadelphia. But in recent years it ended operations following deadly accidents.

In 2015, a Ride the Ducks tour bus collided with a charter bus carrying student on the Aurora bridge in Seattle.

Five students were killed and several others injured.

The Associated Press and The Atlanta Journal-Constitution contributed to this report.

Tyre Nichols: What we know about the Memphis man who died after police encounter

VIDEO: Teacher accused of sex with student appears in court